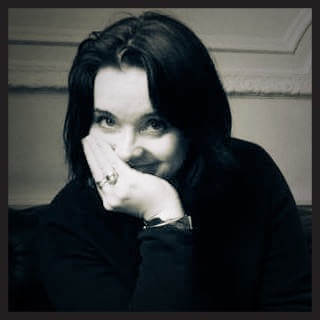 Michelle McGivern attributes her younger brother for the main reason she initially fell in love with theatre… dragging her to a youth drama group many moons ago… and headed to the bright lights of London in 1998 to follow her dreams to study and learn so much more about life and management backstage and in production.

Her first job in London was as an unpaid runner position on the Cameron Mackintosh production of HEY! MR PRODUCER which led to her first work with Apollo Leisure Group headed by Paul and Anita Gregg at the Lyceum Theatre. She then went on to work for SFX Entertainment and Clearchannel Entertainment with a short stop at a commercial radio media company before being offered a Company Manager position with Disney Theatrical Productions.

After 15 incredibly happy years at Disney Theatrical Productions, Michelle said farewell to the Company in November 2015. Michelles sole desire was to set up a business that endeavoured to assist artists similar to those she had closely worked alongside with and learnt from, together with utilising the contacts, business planning and people management she had gained over her years with DTP.
Pursuing her passion for talent management, plans commenced in New Year 2016 and by April 2016 an office at Great Russell Street was set up.

The origins of the company name reflect a personal decision to recognise those who both quietly championed and had a huge impact on Michelle’s life.

When not finding work for her clients, Michelle enjoys quality time with her husband Kieran, her family and friends and her younger Brother’s sons…  three year olds are a complete hoot when you can give them back at the end of the day!

Powerful beyond the stage and screen

To say I’m surprised would be disingenuous! Shelley is an Absolute GENIUS!! #bestchoreographynomination https://twitter.com/GetUpStandUpLDN/status/1469007180888215561

Congratulations to all the nominees for the 22nd Annual @WhatsOnStage Awards and congratulations to our fantastic @shelleymaxwell_
for her Best Choreography nomination for @GetUpStandUpLDN that has been nominated for 10 Awards in total!!
✨💫✨💫❤️ #WOSAwards #WOS 3